The cabinet distinguishes itself by a different decor to that in the rest of the apartment and is characterised by an abundance of stucco-work and an absence of frescos.

In this case the stucco-work, creates an atmosphere of harmony between the walls and ceiling: interlacing plants, branches and acanthus scrolls, enriched by a bloom of flowers and roses gently protruding from the ceiling. This stucco-work is carefully used in different thicknesses in order to show the details of the design. This is particularly important on the walls as the decorations of plants and flowers form a frame similar to that found on a garden pavilion. The prospect effect is created especially on the east and west walls of the cabinet – those walls which, in fact, joined the Duchess’ apartment to the south terrace of the pa-lace which over-looked one of the gardens and cleverly continued the garden theme indoors.

To emphasize the spatial function and perspectiv effect of branches and acanthus scrolls, a part of the wall was painted in imitation terra-cotta squares and resembles the original floor laid throughout the noble residence.

The interlaced acanthus scrolls is joined together by rings which give the impression of representing the marriage between Vittorio Amedeo and Cristina as their family coats of arms – respectively the Rose of Cyprus and the Fleur-de-lis of France – appear regularly on the walls, the window-splays, the narrow freize which separated the walls from the ceiling and also the heart-shaped and oval panels on the ceiling. To complete the decor there were originally “eight mirrors set in the wall, which did not have frames” as according to the 1644 inventory, they were set into the decor by ribbons which tied them to the interlacing acanthus scrolls.

Pompeo and Francesco Bianchi were the craftsmen of the stucco-work in the cabinet in 1642 – the year the ‘pavillon système’ terraced wing facing west was built – and probably in collaboration with Carlo Solaro and Giovanni Antonio Casasopra, the latter for the gilding.

The cabinet probably looked quite different from now, as according to the palace inventory of 1677 ‘the cabinet with the golden flowers’ probably referred to golden stucco-work on a white base. 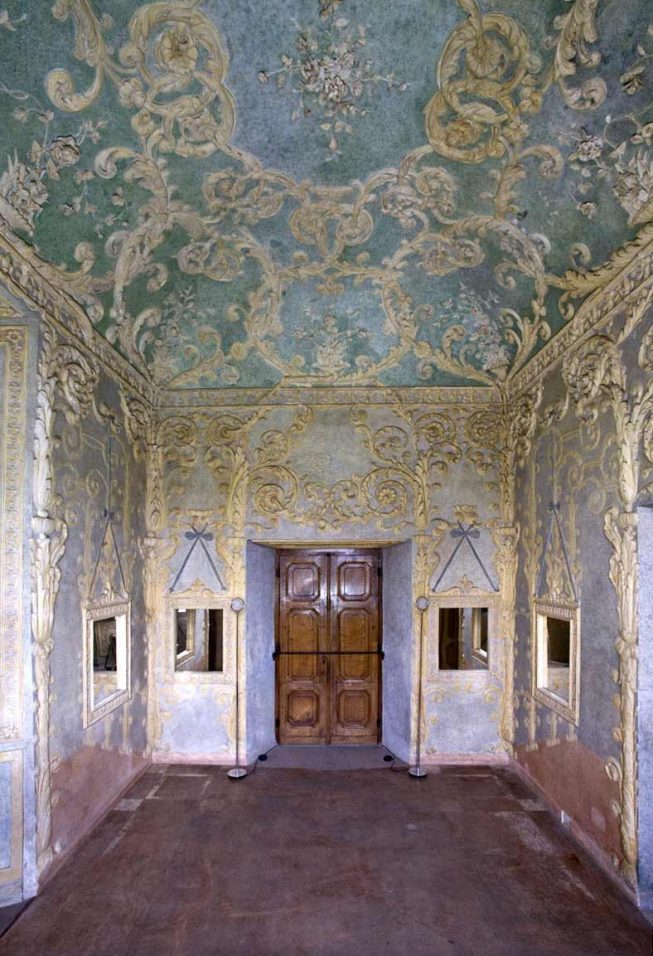 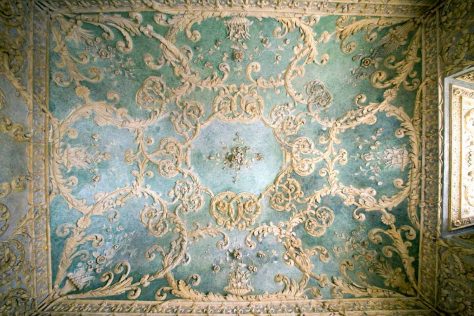 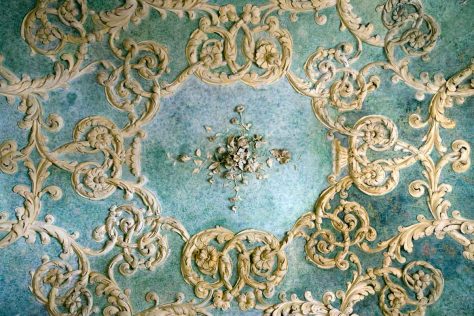 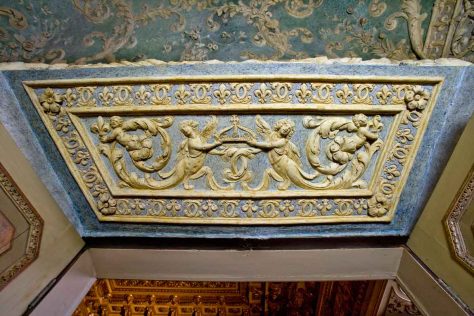 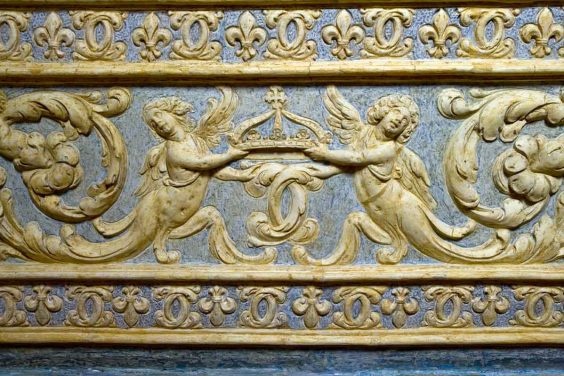 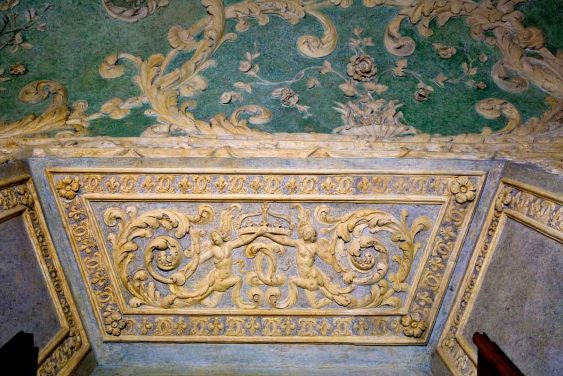